This group uses an extensive diagnostic toolset to characterize and understand the physics of plasma sources of EUV light at the atomic level. 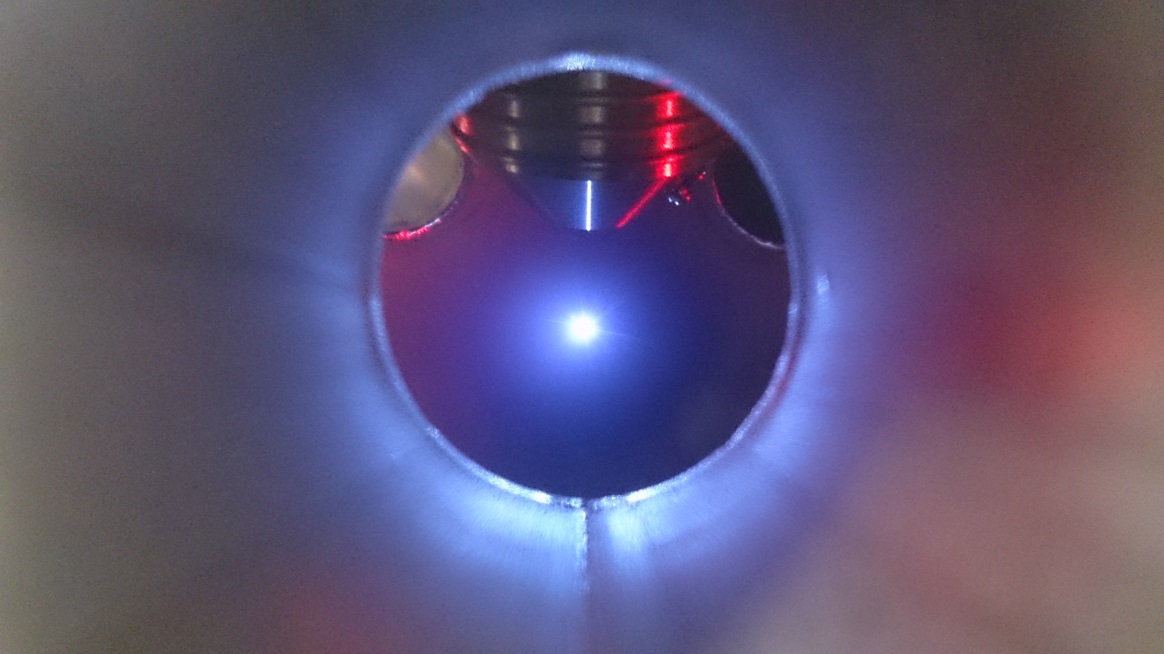 To generate EUV light two rounds of laser pulses sometimes need to be fired at a droplet of tin. The first pulse induces a kick to the droplet, which accelerates and expands it at an immense rate: the droplet’s speed increases from zero to 100 meters per second in just 10 nanoseconds. At the same time, the tin droplet is deformed. ARCNL studies this deformation using a photographic technique called shadowgraphy.

When a second laser pulse hits the now deformed tin droplet , the desired EUV light is generated from a hot and dense plasma . This fourth state of matter, “plasma”, is like a crime scene. It consists of a complicated “soup” of highly charged particles and their electrons. The tin atoms can be stripped of up to 13 electrons per atom in the intense heat of the plasma, leading to all possible charged states between tin1+ to tin13+ which all emit light of a specific “color”. The result of the myriad of atomic plasma processes is a very complex spectrum of light. ARCNL uses spectroscopy techniques based on visible and extreme ultraviolet light to determine which charged particles are present in what quantities at which times and locations. The final aim is to pinpoint which individual perpetrator leads to what feature in the light emitted by the plasma.

This group collaborates closely with the Max Planck Institute for Nuclear Physics in Heidelberg and the University of Groningen, where characteristics of each of the individual charged states are studied.