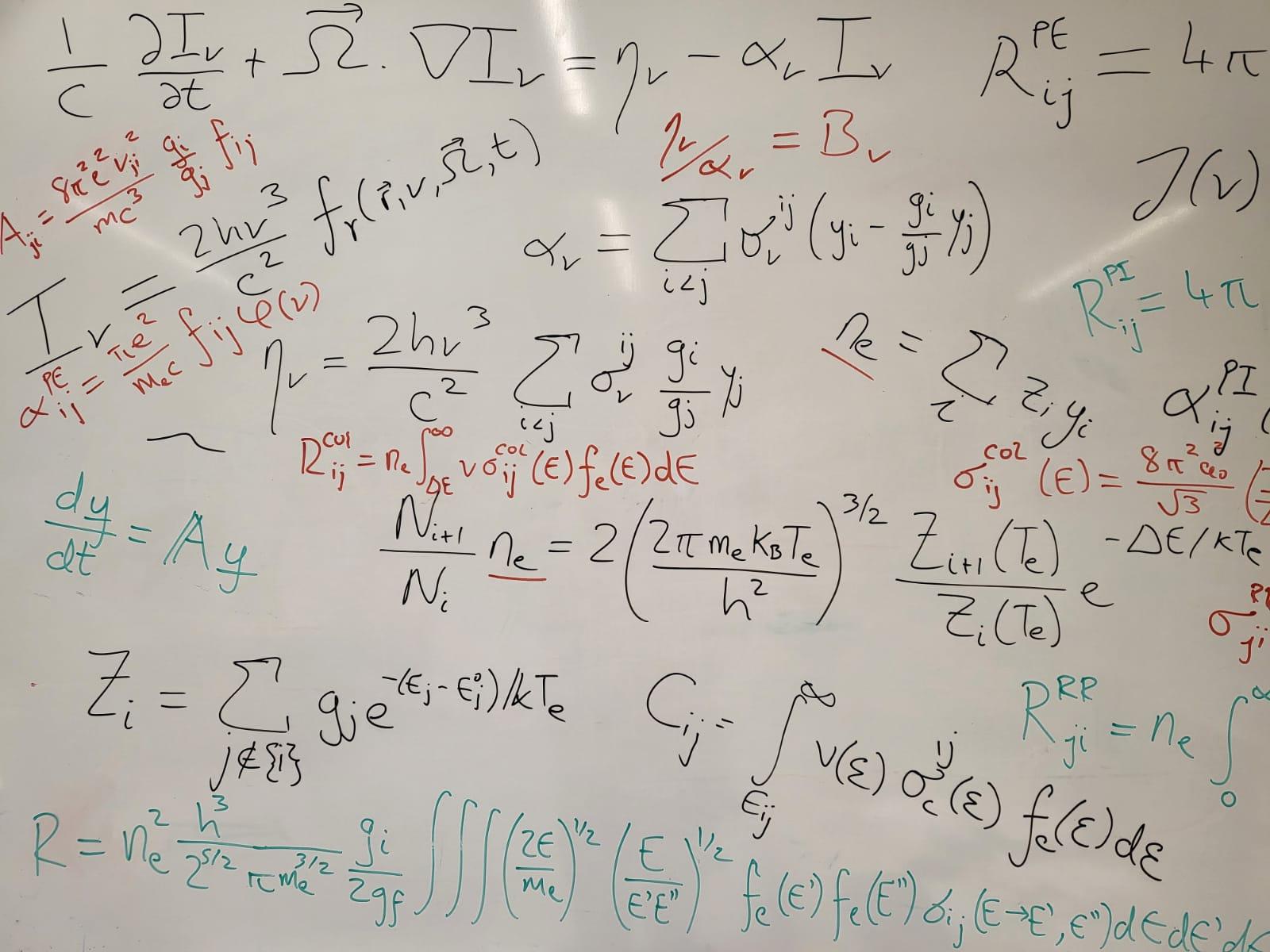 The source of extreme ultraviolet (EUV) radiation in new-generation EUV lithography machines is that of a hot and dense plasma (a “soup” of free electrons and ions). This plasma, which reaches temperatures above 400,000 degrees Celsius, is formed when a high-intensity laser pulse is focussed onto a tiny, micrometer-sized droplet of molten tin. Importantly, tin plasmas are an excellent source of EUV radiation, radiation which is exploited in EUV lithography machines to print nanometre-scale features on silicon wafers for integrated circuit production.

The modeling of laser-driven EUV light source plasmas is a multifaceted task, requiring the of coupling a huge number of physical processes over a wide range of timescales. Research on laser-driven EUV light source plasmas spans topics in atomic processes and radiation transport in plasmas, equation-of-state physics, plasma expansion dynamics as well as laser-induced hydrodynamic deformation of tin microdroplets. The Plasma Theory and Modeling group perform research in all of these areas, utilising a combination of analytic modeling and large-scale computer simulations. The goal of this research is to generate new, fundamental insights on laser-driven plasmas to accelerate the understanding and development of current and future laser-driven plasma sources of EUV light for nanolithography.

Group leader John Sheil also has an appointment as an assistant professor at the Vrije Universiteit Amsterdam.