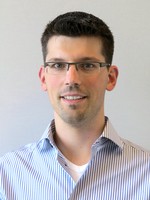 Oscar Versolato received his PhD cum laude from the University of Groningen, funded by an NWO Toptalent grant, on the laser spectroscopy of trapped radioactive ions that were produced by the AGOR cyclotron at KVI. As a post-doc he moved to the Max Planck Institute for Nuclear Physics in Heidelberg to work with PD. José Crespo López-Urrutia and Prof. Joachim Ullrich on the spectroscopy of highly charged ions (HCI) employing electron beam ion traps (EBIT), and on the cooling of such HCI into strongly coupled, Coulomb-crystallized plasmas in a cryogenic radiofrequency ion (Paul) trap. Part of the work was performed at Aarhus University with Prof. Michael Drewsen, working on cold plasmas of molecular ions in such traps, as well as at the Physikalisch-Technische Bundesanstalt in Braunschweig to work with Prof. Piet Schmidt.

Having started as a post-doc at ARCNL in October 2014, Oscar set up the experiments of the EUV Plasma Dynamics group. His current work concerns the spectroscopy of tin-HCI as well as the interaction of pulsed laser light with micro-droplets of molten tin. In addition to heading the new Atomic Plasma Processes group, Oscar has also been appointed as joint group leader of the EUV Plasma Dynamics group.