Group leader in the Plasma Theory and Modeling group

Shining a Light on Next-Generation Microchips

Over three thousand years ago, the Celts mined tin to make bronze for their tools and weaponry. Nowadays, tin is shaping our future as chip manufacturers are exploiting its special properties to create ever smaller and faster microchips for use in everyday technology, like our computers, smartphones, and cars.

John Sheil, a group leader at the Advanced Research Center for Nanolithography (ARCNL) and assistant professor at Vrije Universiteit (VU) in Amsterdam, describes the cutting edge process that’s used to make these more advanced chips. It involves the generation of extreme ultraviolet (EUV) radiation, a type of light that’s not naturally present on Earth, to print intricate patterns onto the silicon wafers that make up microchips. “Tiny droplets of tin are hit with high-intensity laser pulses, and they just effectively explode – they turn into a hot plasma like the Sun. The EUV light that comes from this hot plasma is used to print these patterns.” 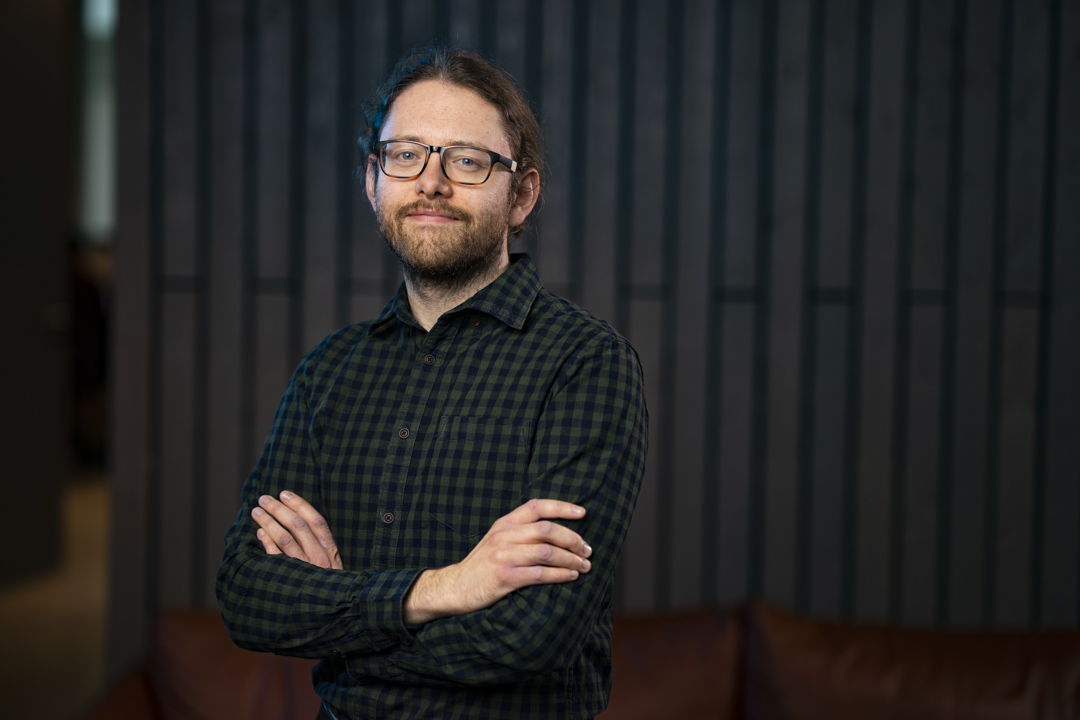 Understanding the physics behind this laser-driven EUV generation is central to John’s work. He explains, “In my group, we model the process by which a tin droplet is transformed into a hot (500,000 degree Celsius) EUV-emitting plasma by exposure to intense laser radiation. We do this by running computer simulations of the plasma’s initiation, growth, and subsequent expansion. These simulations are crucial for understanding fundamental aspects of the plasma, such as knowing where and when the desired EUV radiation is generated.”

While John describes himself as a theory person, he spends a lot of time talking with his experimental colleagues at ARCNL to unravel what’s going on in EUV generation. His theoretical work attempts to explain their findings and predict results for future experiments. “We try to understand the dynamics of what’s happening in their experiments that they can’t directly see,” he says. “With our simulation tools, we can stop the simulation halfway and go, okay, wait, there’s something interesting happening here – let’s hone in on that. But in an experiment, you can’t always do that.” John enjoys this close collaboration and feels that it’s something special associated with working in a research institute like ARCNL.

ARCNL is a public-private partnership between the University of Amsterdam, VU Amsterdam, the Dutch Research Council (NWO), and ASML, one of the world’s leading manufacturers of chip-making equipment. John mentions that another advantage of working at ARCNL is that unlike the broad-based research carried out in universities, everyone in the institute is working towards a common goal, namely, to make the ASML chip-making machines better. The institute’s focus on basic research provides key insights which help ASML improve their industrial processes. ASML’s groundbreaking technology has enabled chip manufacturers around the globe to produce smaller, faster, cheaper, more energy-efficient chips. Chances are, if you’re using a digital device, ASML technology played a part in making it better.

John joined ARCNL as a postdoctoral researcher in 2019 after completing his PhD in Ireland, drawn by its reputation for stellar research. After a short two and a half years, he applied and was accepted for a tenure-track group leader position. He’s full of praise for the support and encouragement he’s received as a new group leader. He says, “My manager is very informative about what’s available in terms of support from the NWO and the university. There are grant writing, academic leadership, and data management courses, so there are lots of opportunities for career development, not only for group leaders, but also for PhD students and postdoctoral researchers. They have mandatory courses like “Taking Charge of Your PhD” and “Scientific Integrity”, which are very important.”

There are also regular poster sessions that bring everyone at ARCNL together to discuss different topics. John says it’s a great way to become familiar with the different research being carried out in the institute and to get new ideas for your own work. The international environment at ARCNL means that there are plenty of opportunities to interact with people from all over the world, and there’s a good balance of researchers with different backgrounds and experience. He says, “The atmosphere is very nice, and everyone is very open and friendly. There are three different departments here, but there’s a real feeling of cohesion among us even though we’re all working on different topics. It’s a great environment to work in.”

‘This article was first published on ‘Academic Positions‘

Intern in the EUV Plasma Processes group I was searching for a location to graduate, …

PhD student in the Light-Matter Interaction group Ultrasound Isn’t Just for Babies. It Could Also …

PhD student in the High-Harmonic Generation and EUV Science group. The Power of Ultrafast Lasers …