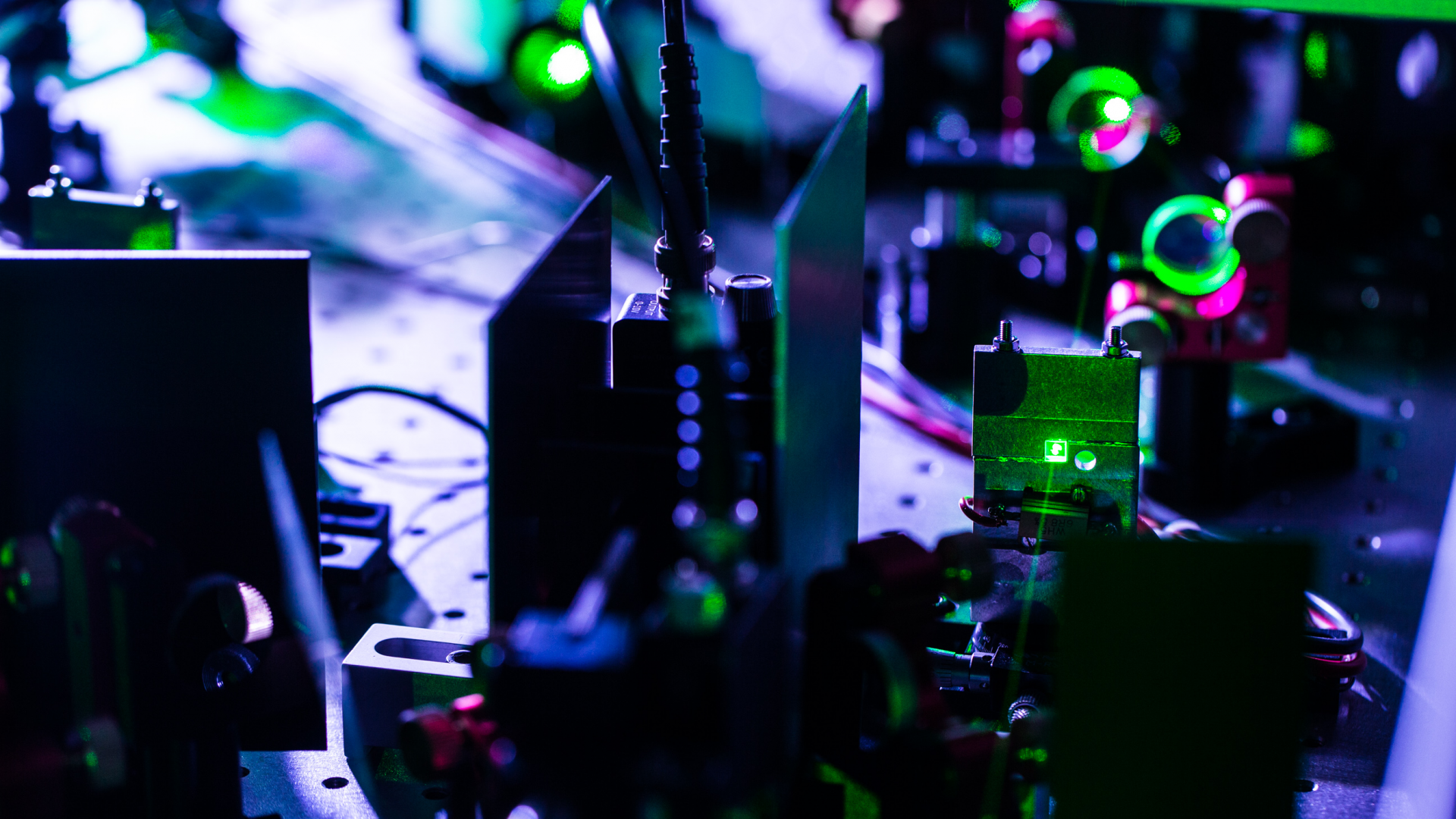 This group aims to obtain a fundamental understanding of the physical processes occurring in laser-produced plasmas and to control the emission of radiation and particles. It is also exploring the possibilities of using EUV light for a new type of ultrahigh-resolution microscope.

EUV light is generated by directing  a pulsed laser beam at a tiny droplet of tin. The resulting tin plasma not only emits EUV light, but also light of other wavelengths as well as particles, such as ions. ARCNL uses spectroscopy techniques to study the conditions inside the evolving plasma and to monitor the radiation and particles emitted by the plasma under varying initial laser conditions. By changing the laser settings – for example the shape of the laser spot or the duration of the different pulses – the influence on the plasma formation and evolution can be studied. Through these experiments, the conditions for EUV emission from the plasma can be optimized.

Furthermore, this group is using EUV light to develop a new ultrahigh-resolution microscopy technique. When EUV light hits a substrate, the light scattered by structures in the substrate results in a diffraction pattern. The structure of the scattering object can be deduced by using numerical methods on the measurements of such patterns. Such lensless microscopy could achieve a resolution in the order of the EUV radiation’s wavelength and it can provide intrinsic contrast from the elements contained in the object.