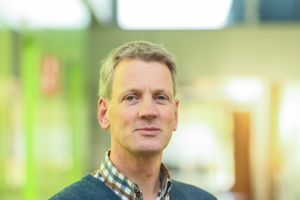 On November 10, 2016, the Optical Society (OSA) has elected Paul Planken (ARCNL/UvA) as Fellow. The Board of Directors of OSA elected Planken “for his pioneering contributions to terahertz time-domain spectroscopy and terahertz near-field imaging and spectroscopy.” Candidates for Fellow Membership are nominated by current OSA Fellow members.

Planken is thankful to be elected and says he “feels honored to join this select group of members”.