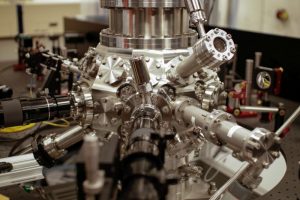 Frenken points out that with EUV light 5 nanometers is now feasible, and in the future even 1 nanometer or less. “You’re talking about a few atomic distances. Nice physics, but awfully small.” Read the NRC online article.