This thesis investigates the interaction between laser pulses and metallic microdroplets, and the ensuing dynamics, with a specific focus on exploiting the tunability of laser pulses and pulse sequences. In Chapter two, we present the laser system that made this possible. The system combines arbitrary pulse shaping, enabled by the use of high-speed electro-optic modulators, with amplification to pulse energies of several hundred millijoules. Each following chapter presents experimental work in which we employed this system and which profited from its unique capabilities. In Chapter three, we study the fluid dynamic deformation of tin microdroplets resulting from impact of short pulses. If intense enough, these pulses will launch shock waves into the droplet interior that subsequently induce cavitation and spallation. We quantify the resulting deformation velocities for a large range of laser pulse energies and droplet sizes by combining data from multiple experiments. Chapter four presents a study on the laser-induced droplet deformation for pulses of varying duration and Gaussian and square temporal shapes. The range of pulse durations studied bridges the transition from shock-wave-dominated deformation, i.e. cavitation and spallation, as presented in Chap. 3 to sheet-type expansion. We quantitatively study the pulse-duration dependence of the center-of-mass propulsion, and expansion and spall-debris velocities. In Chapter five, we study the deformation following impact of two pulses of 0.4 ns each. The time delay between the two pulses is scanned from 1 ns to 100 ns and repeated for various droplet sizes. These scans reveal a reduction of the spall velocity which takes place at increasing interpulse spacing for increasing droplet size. In Chapter six, we measure the time-resolved reflection from the droplet to study the moment of plasma onset and the plasma-formation fluence threshold. In Chapter seven, we study the mass distribution of a stretching sheet of liquid tin formed after ns-pre-pulse impact by using an auxiliary, low-intensity vaporization pulse (VP). This VP gradually vaporizes the sheet enabling an investigation of the sheet thickness and mass. A supplementary shadowgram gallery presents a selection of captivating and intriguing shadowgrams that did not make it into any of the main chapters. 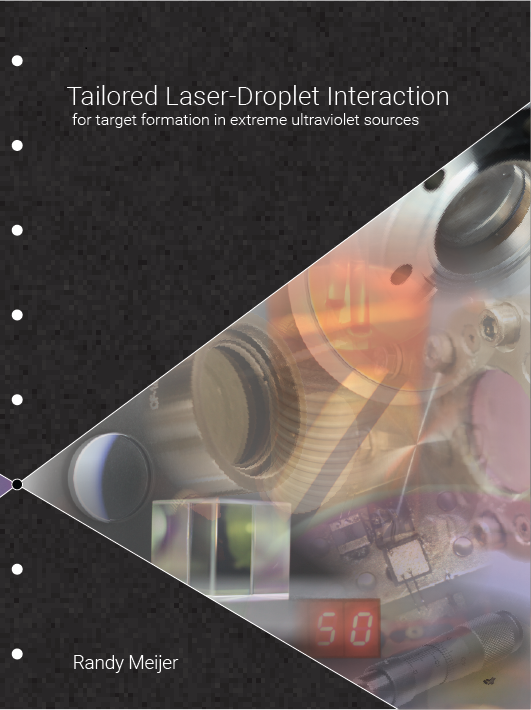