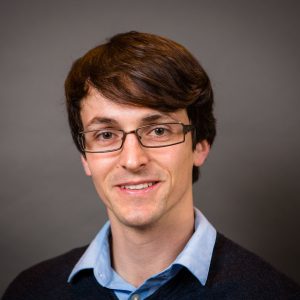 As of February 15, Roland Bliem has been appointed as tenure-track group leader at ARCNL, through an appointment as assistant professor at the Institute of Physics of the University of Amsterdam. His Materials and Surface Science for EUV Lithography group will focus on understanding the elementary physical and chemical processes occurring at surfaces relevant to nanolithography and will explore new materials and compounds promising superior long-term performance and stability under the challenging conditions of EUV lithography.

The group’s central research interests include the catalytic properties and stability of surfaces for EUV technology in reactive environments, improved protective coatings and thin films, for example for EUV optics, and the chemical nature and consequences of contaminants such as Sn. The surface properties and the effects of EUV radiation and changes in surface composition, temperature, and gas environment are investigated using near-ambient-pressure X-ray photoelectron spectroscopy in realistic environments, as well as scanning probe microscopy, electron microscopy and diffraction methods. Insights into fundamental interaction processes at the surface will guide the development of materials with improved performance and lifetime for applications in nanolithography and beyond.

Roland Bliem performed his PhD work on the surface science of iron oxides at Vienna University of Technology (Austria) from 2013-2016. His thesis was awarded with the highest possible honor for excellent academic performance in Austria, the promotio sub auspiciis. In 2017 he received an Erwin Schrödinger Fellowship, funding a postdoc position at the Massachusetts Institute of Technology.  At MIT he worked on surface and interface analysis of oxide materials for energy applications. He was leading the team’s efforts in studying the degradation of solid oxide fuel cell cathodes via dopant segregation, testing the effects of metal deposition using surface science methods, in particular in-situ photoemission.