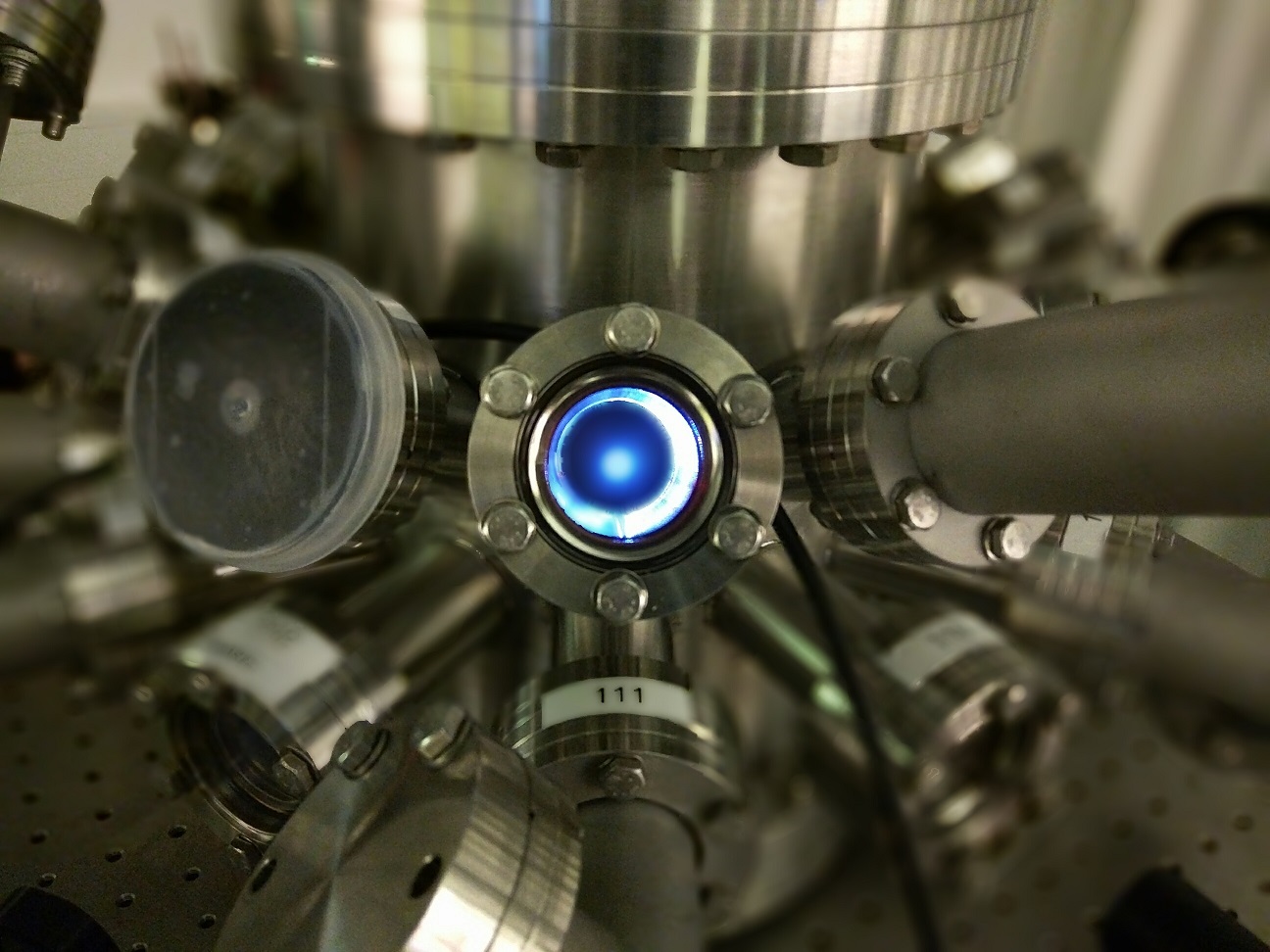 Boxing with drops of tin : Gaining a better understanding of plasma formation for extreme ultraviolet light

A study into the acceleration and deformation of microscopically small tin drops by an intense laser pulse resulted in the first scientific publication from the Advanced Research Center for Nanolithography (ARNCL), in collaboration with the University of Twente and ASML. Such tin drops are used in the latest devices of the chip  equipment  manufacturer to generate extreme ultra-violet (EUV) light. The researchers publish their findings on 29 July in the journal Physical Review Applied.

The research in the group of Oscar Versolato at ARCNL is an example of fundamental physics inspired by an industrial application, in this case the newest generation of lithography systems from ASML. These use extreme ultraviolet (EUV) light with a very short wavelength to ‘print’ the tiniest structures on chips. “A laser-produced plasma is a good source for EUV light,” says Versolato. “The laser achieves this by heating a drop of fluid to the point where the material disintegrates into independent electrons and atomic nuclei (ions). This so-called plasma emits EUV light that can be used in the latest nanolithography machines.”

Double punch
The formation of a laser-produced plasma from tin drops happens in two stages. The first laser pulse hits the droplet, causing it to accelerate and deform. After that a second, far more powerful laser pulse ensures the knock-out: the deformed droplet changes into an EUV-emitting plasma. Versolato: “The first pulse needs to be very precise to produce the correct deformation because this determines the ultimate efficiency of the entire process.”

Double physics
Versolato’s group designed an experiment that simulates the industrial conditions as accurately as possible so that the physics underlying the propulsion and deformation of tin drops can be studied. The researchers also tested a recently developed analytical model that describes the deformation. “Two types of physics play a role,” says Versolato. “We can use plasma physics to describe the first few nanoseconds during the laser pulse when a plasma develops that propels and deforms the drop. This deformation lasts for several microseconds and we can describe it with fluid physics.”

In collaboration with Alexander Klein and Hanneke Gelderblom from the University of Twente, the ARCNL researchers demonstrated that the deformation of the tin drops is very similar to the deformation of a drop of water under the influence of laser light. “Although the physics of the acceleration differs, the fluid physics is completely scalable,” says Versolato. “Furthermore, the acceleration of the tin drop was found to  exhibit a beautiful dependency on the intensity of the laser pulse. These initial results from ARCNL contribute to understanding the first step in the formation of laser-produced plasma for EUV light.” 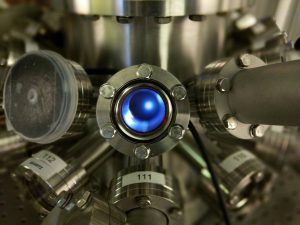 Photo: The ARCNL droplet generator and plasma source in operation